The Bauloora Project covers an approximately 27 square kilometre zone of veining and hydrothermal alteration typical of low sulphidation epithermal mineralisation. Among a number of prospects the tenement also includes the high grade base-metal carbonate Bauloora Mine deposit. A historic long section of the mine workings shows significant widths of massive sphalerite mineralisation up to 4.5m wide, and fourteen samples collected across the deepest drive in the mine by Lake George Mines  gave average values of 1.6% Cu, 8.2% Pb, 15.6% Zn, 836 g/t Ag and 5.4 g/t Au.

Another high priority target, the Mee Mar vein has an exposed width at the surface of up to 5m, and a strike length of over 2km. Rock chip samples collected along this vein reported up to 39.1g/t Au, 267g/t Ag, and up to 39ppm Hg. This indicates a shallow erosion level which may have preserved zones of high-grade precious metal deposition at the ‘boiling or mixing’ level, typical of this style of mineralisation. Colloform banding and epithermal textures are similar to those seen at Pajingo (923K oz Au) (Minjar Gold) and Cracow (>2M ounces Au) (ASX:AIS) QLD. 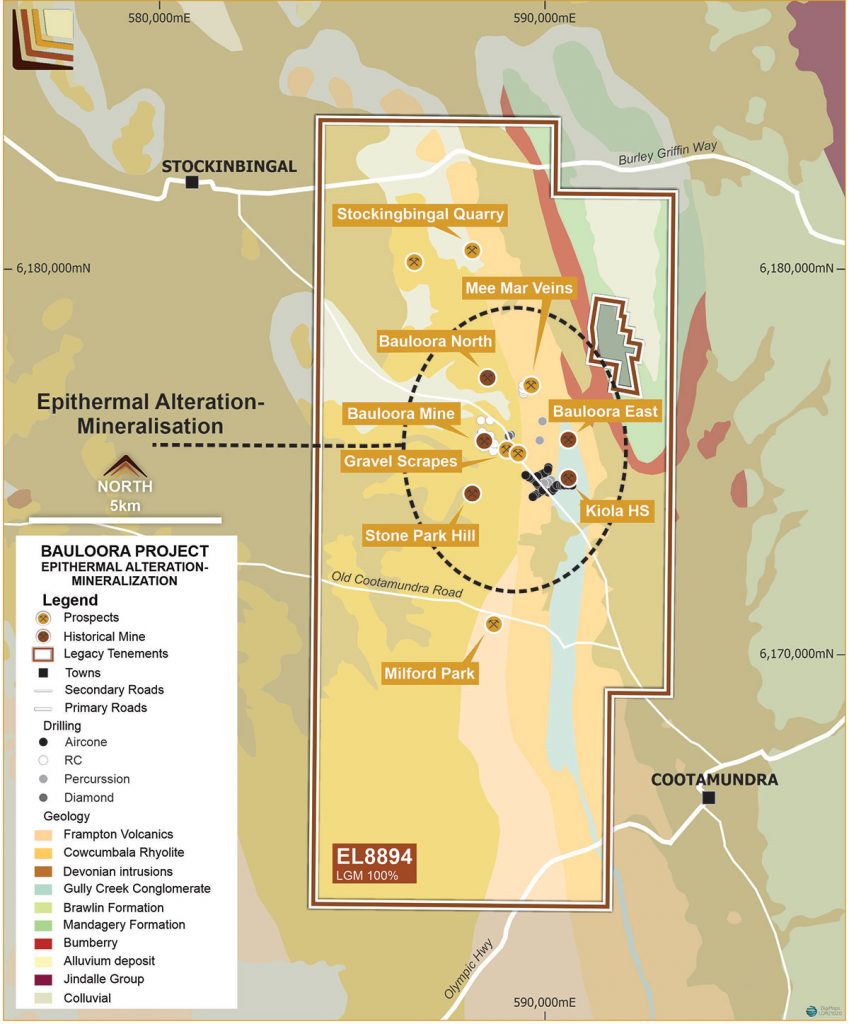 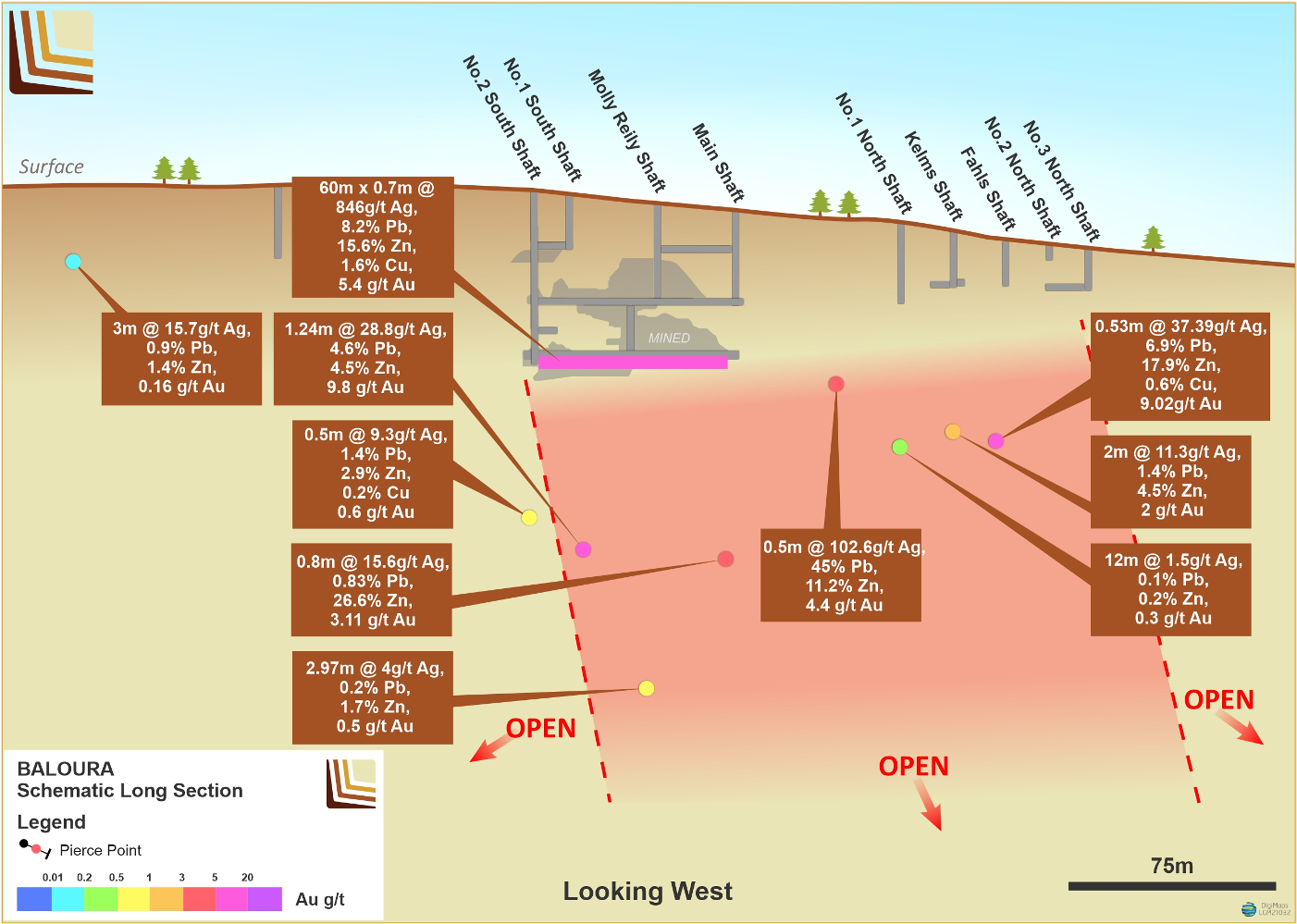